Simmba Hindi Movie starring Ranveer Singh, Sara Ali Khan, and Sonu Sood will be released across India on December 28. A special screening of the movie was held in the UAE, and a few critics have already come up with their Simmba Movie Review and Rating Hit or Flop Talk. Directed by Rohit Shetty, Simmba features Ranveer as a corrupt police officer, whose conscience wakes up after he comes across a brutal rape of a girl he is close to.

Sara Ali Khan plays his love interest in the movie, and Sonu Sood is the main antagonist. Simmba also has a special appearance by Ajay Devgn and Akshay Kumar. As Simmba is an official remake of South Movie Temper, comparisons between the two are bound to be made. However, initial reviews from the critics suggest that the makers of Simmba have done a good job, and it is going to be a hit.

Though the movies follow a similar template of “bad cop turning good because of a loss” but this is filled with so many entertaining situations, it’s unmissable. Also, Rohit Shetty has mastered how to choreograph the actions scenes; with the perfect usage of slow-mo effects, no matter how OTT they’re a sight to see. The second half has some dramatic moments which were forced and hence dragged the pace.

All said and done, Simmba gives us a combo we could cherish forever. The energies of Rohit Shetty & Ranveer Singh just create a combinatorial explosion on screen. The best masala entertainer of the year & it’s for everyone out there. JUST WATCH IT! 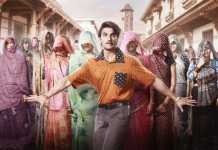 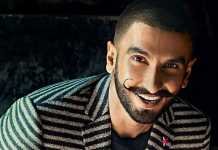 Ranveer Singh lost his Virginity at the age of 12 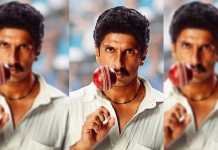 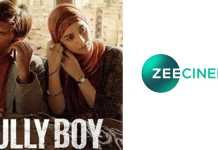