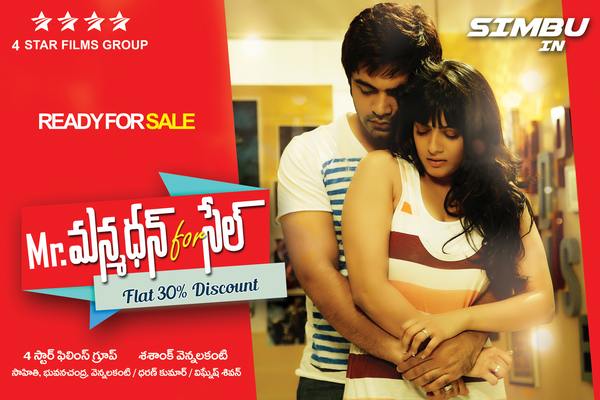 Simbu’s upcoming film Mr. Manmadhan For Sale. It is a Telugu dub of Tamil movie Podaa Podi, which’s a 2012 Tamil release. Touted to be a romantic musical drama, it is written and directed by debutante Vignesh Shivan. The movie features Simbu and Varalaxmi Sarathkumar in the lead roles. The music of it has been composed by Dharan Kumar while Four Star Films Group is producing the film. It is not yet known who has bought the Telugu version rights and that is why the release date is not yet announced by the makers.
In this trailer Hero, Simbu and Varalaxmi Sarathkumar are going to play the roles of lovers and the duos are enjoying life with a lot of fun. At the end of the trailer, several interesting scenes happen regarding the movie story.
Tamil Young Hero Simbu was playing a major male lead role in the upcoming movie ‘Mr.Manmadhan For Sale’.
Famous Tamil actress Varalaxmi Sarathkumar is playing the major female lead role and romance with Hero Simbu in the movie ‘Mr.Manmadhan For Sale’. The remaining cast of the movie is revealed soon.
Tamil Young Hero Simbu’s upcoming movie ‘Mr. Manmadhan For Sale’ is directed by Vignesh Shivan and it is produced through the production banner 4 Stars Film Group. For this movie, dialogues are penned by Sasank Vennelakanti.
Advertisement