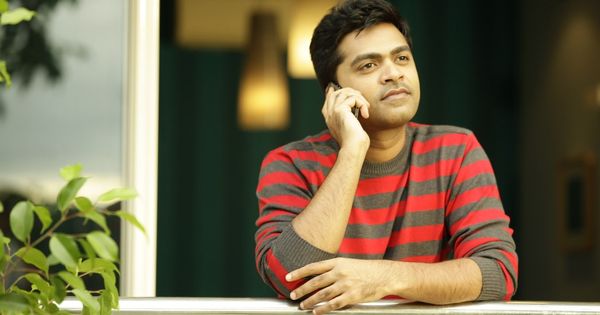 After unexpected turns of events, actor Silambarasan (STR) has quit the social media platforms, including Facebook and Twitter. STR feels that the social media is filled with negativity all over, thus apparently wants to follow his heart and quits social media despite having millions of fans all around.

With over 3 million followers on Twitter and Facebook combined, STR departed them leaving fans and movie lovers disappointed. This news came as quite a shock to his fans as he has been inspired by tens of millions of fans.We aren’t sure why he has suddenly decided to quit social media but looks like things aren’t working quite well for him.and in his final message, he asked his fans to spread positivity.
“In spite of negativism, positivity was my forte but today’s social media!!! Negativity is too dominating, and I’m scared to be a part. Social media was necessary as a celebrity, but I prefer to follow my heart. So before I depart, just wanna say. Always choose love J#HappyIndependenceDay”.
Facebook
Twitter
Pinterest
WhatsApp
Telegram
VK