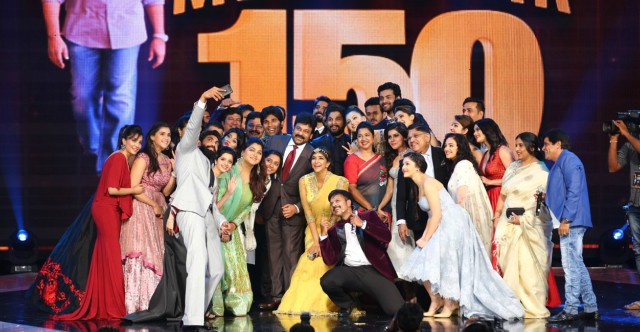 The 5th SIIMA Awards 2016 announced the Telugu movies  winners list on the first of the two-day event held in Singapore on 30 June 2016. While “Baahubali” Film won the Best movie award, Mahesh Babu and Shruti Haasan walked away with the Best Actor awards for their wonderful performances in Koratala Siva’s “Srimanthudu Movie.”

The “Baahubali: The Beginning” and “Srimanthudu” Movies have topped the Telugu winners list of SIIMA Awards 2016 with six awards each. “Rudhramadevi” and “Kanche” have won two awards each, while “Bhale Bhale Magadivoy,” “Akhil,” “Bhale Manchi Roju,” “Pataas” and “Temper” Movies bagged one award each.
Actress Lakshmi Manchu and Ali were the host on the first day of SIIMA Awards 2016, which was a glitzy and glamourous event. Megastar Chiranjeevi, Vikram, Devi Sri Prasad, Usha Uthup, S Janaki and a host of other celebs from the Telugu film industry attended this award function. Actresses like Pranitha, Pragya Jaiswal, Sayyeshaa, Rachita Ram set the stage on fire with their performances.
Getting all stars from four industries with scintillating performances and mesmerizing acts, see who takes home the award, while creating yet another milestone with SIIMA Awards.
Advertisement