Giving a sneak-peek into her dubbing skills, Shruti Haasan said that Frozen 2 is a family entertainer and the film has many elements that will appeal to people of all ages. “This movie is definitely a family entertainer. It has various elements that will appeal to all ages, including the music. I am very lucky to have a sister in real life, Akshara. Sisterhood is a very special bond, and I am lucky to have that in my life. It is one of the most important aspects of my life today,” she said in the video.

Shruti Haasan added that she finds Elsa very courageous and many young girls relate to this Disney character. “Elsa is central to the worldwide popularity of Frozen. She is not just the main protagonist in the film but is independent, confident and courageous. And I think there are lots of young girls who are able to relate with her character,” added the actress. 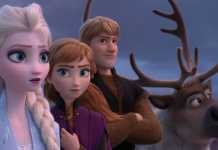