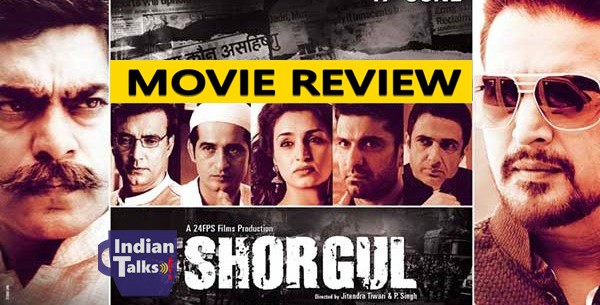 Advertisement
Shorgul Story : The Shorgul Movie is about In Maliabad (a small town in Uttar Pradesh), a local politician’s son Raghu falls in love with a Muslim girl named as Zainab. She is engaged with a boy from her community but Raghu can’t help but harbour feelings for her. This unrequited love story ends in bloodshed. The local politicos use the isolated incident to create havoc.
Performance : The performances are earnest, especially Jimmy Sheirgill and Ashutosh Rana. You’ll find yourself deeply engrossed in their war of words and clash of ideas. But the film doesn’t deserve such heartfelt acting. Every time you try to invest in their characters, the director shifts your attention to a loud Hiten Tejwani. Actress Suha Gezen is a misfit and bites into more than she can chew. Given that she is the central character, her performance is the film’s weakest link. In a pivotal scene, she stands surrounded by dead bodies, screaming for help in an overdramatic manner.
Final Verdict : If you wanted to witness the truth of Muzaffarnagr Riots you can watch this film. But movie is only trying to convince audience and that’s all in this film have. As Critics I only wanted to say that don’t expect that’s much from the film. SHORGUL is nothing but a hopeless political drama that gets played on our T.V. Channels just to fill the slot.