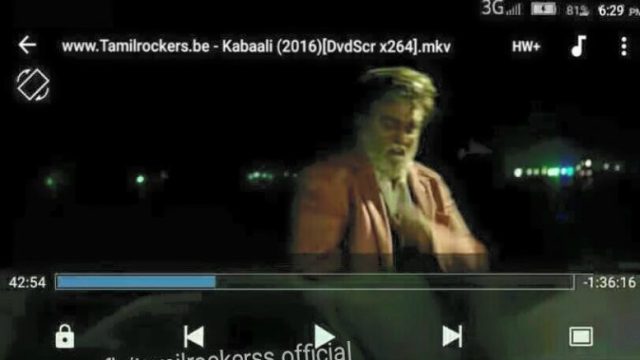 With just a day left for the grand release of the superstar Rajinikanth’s most-anticipated film of the year 2016, the film makers of Kabali are struck by a shocking revelation that the Introduction scene of Rajinikanth in the kabali film has been leaked online on Wednesday. It is reported that a video clip featuring Rajinikanth is already doing rounds on the social media. An image from the movie, allegedly opening scene was posted on a Facebook page called ‘Tamil Rockers.be.’ We cannot verify the authenticity of the scene, claimed media reports. A fan-led anti-piracy campaign has also been launched on Twitter.

However, the reports of an online leak of the film were dismissed by Kabali producer, who said: “No leak. (These are) all rumors. We are taking all efforts to block these piracy sites.”

Watching #Thalaivar entry on phone or computer won’t give you goosebumps. Say thank you to pirates,let’s watch it in theaters from Friday 🙂