Women traveling on the Hyderabad Metro Rail trains now have one more channel to ensure safety with the SHE Teams including Metro stations in the ambit of the recently launched QR Code Complaint System. The SHE Team QR Code Complaint System, launched by Director-General of Police M. Mahendar Reddy on the occasion of International Women’s Day earlier this month, was introduced in the Lakdikapul Metro Station as part of the SHE Team’s women safety drive.

Additional DGP (Women Safety and She Teams) Swati Lakra and DIG (CID, Women Protection Cell) B. Sumathi placed the QR Code stickers at various locations in the station to help women commuters in event of any distress. The QR Code enabled hassle-free technology launched by the SHE Teams helps distressed women to reach out to the SHE Team with complaints. The QR code can be used both for providing any complaint or feedback. What is the SHE Team QR Code Complaint system:

A simple, easy-to-use, and secure complaint and feedback mechanism. Women who are subject to any kind of harassment in public places, offices, during travel, online/social media, phone, etc.

How does it work:

Women can scan the QR Code, provide relevant information. The issue will be routed to the appropriate She Team office.

The system helps in getting the high-level perception of how safe women feel about their locality or workplace or public places etc. Accessed through QR codes installed all over the State, the system also provides analytics in the background that helps She Teams assess hotspots of crime against women in public places and assist in proactive policing.

Provided as a link through SMS, WhatsApp, or email to citizens who have availed services of She Teams. This form contains Key Performance Indicators of She Team staff in the areas of Response, Issue Resolution, Professional Behaviour, etc. 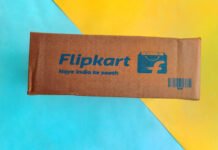