Former bureaucrat Shaktikanta Das Appointed New RBI governor for a period of three years. He had served as former secretary of Department of Economic Affairs from 2015 to 2017. The latest development comes a day after Urjit Patel resigned from the post citing “personal reasons”. On Monday, Urjit Patel had stepped down after a fractious faceoff with the government, underlining the deepening trust deficit between the RBI and the central government.

Shaktikanta Das will the charge as the 25th Governor. His biggest challenge would be to handle the pressure from the government on issues such as the restructuring of loans, infusing liquidity and sticking to its strict default norms for resolution of bad debts in banks’ books, where the Centre has favoured a more lenient approach.

Shaktikanta Das, The history graduate from the prestigious St. Stephen’s College in Delhi, was brought to the Finance Ministry soon after the BJP-led NDA government came to power in mid-2014 and given charge of the crucial revenue department. 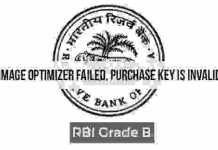