The Tamil Nadu state has tied up with private bus aggregators like redBus to enable booking of government buses. The Online Bus Tickets Booking feature for long distance buses both within and across southern states is expected to provide a much-needed shot in the arm for the ailing Transport Department in the state. Now SETC Bus Tickets Booking Online via RedBus.

According to reports, there have been few takers for government buses that ply from Tamil Nadu to states like Kerala, Karnataka, Andhra Pradesh, and Puducherry. The government currently operates a fleet of over 1000 long-distance buses within Tamil Nadu and 250 buses across southern states. The feature is also available on the Bus India and is soon to be introduced on PayTM as well.

According to one report in the Times of India, patronage for state-owned buses has been on the decline despite State Express Transport Corporation’s introduction of air-conditioned sleeper buses and ultra deluxe buses fitted with toilets.

The Commuters have long complained that private bus advertising on aggregator platforms introduce surge pricing during peak holiday seasons such as Pongal and Deepavali. However, the newspaper reports that there would be no surge pricing on SETC buses, except on special buses. The prices are also expected to be cheaper than private buses. RedBus, arguably the most popular ticket booking platform in the country, was acquired by the Mauritius-based MakeMyTrip Limited in 2013. 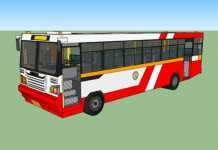 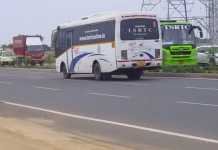