The Former Kerala minister and senior Kerala Congress leader CN Balakrishnan Passed Away on Monday night at Amritha hospital in Kochi following deterioration in health caused due to pneumonia. Following a dip in his health condition, the 87-year-old leader had been undergoing treatment at Amritha hospital during the last few days. CN Balakrishnan passed away at around 11 pm on Monday night. He was rushed to the Intensive Care Unit (ICU) at around 8:30 pm after his condition became critical.

Born to Narayanan Ezhuthachan and Paruama at Thrissur on November 18, 1934, Balakrishnan began his career as a Khadi worker.A long-standing aide of former Kerala Chief Minister K. Karunakaran, Balakrishnan was the Thrissur District Congress Committee (DCC) president for 17 years and was also the treasurer of the Kerala Pradesh Congress Committee (KPCC) for a long period.

It was in 2011 that CN Balakrishnan first contested the polls from the Wadakkanchery constituency and went on to become the Minister of Co-operation, Khadi and village industries in the Oommen Chandy cabinet. He is survived by his wife, Thankamani who is a teacher of Sree Ramakrishna Gurukula Vidya Mandir LP School and two daughters, Geetha and Mini. 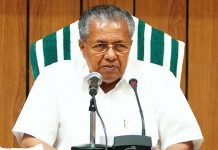 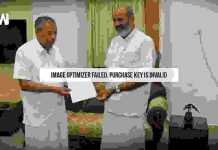