Last year has changed the way people have consumed entertainment across the globe. In the current environment, streaming content from the comfort of your home has found a new meaning. Evolving to cater to this sentiment and the increasing need for digital content, the National Centre for the Performing Arts (NCPA) and BookMyShow have made their co-production Sea Wall available for the audience to stream online.

This critically acclaimed play by Simon Stephens is directed by award-winning director & NCPA Head of Theatre, Bruce Guthrie, and performed by versatile actor Jim Sarbh. The monologue will be streaming on BookMyShow Online, BookMyShow’s streaming platform for live entertainment, between February 27-28 and March 6-7. Theatre-lovers can book tickets to the show, priced at just INR 299, on BookMyShow’s web and app platforms.

Sea Wall marks the return of theatrical performances, as the play starts with Jim Sarbh switching off the Ghost light (a single light on a long stand that illuminates a theatre space with it is otherwise unoccupied or ‘dark’) before commencing with the monologue. Interestingly, the entire play was shot using a multi-camera setup and in one take without any cuts, retaining the essence of watching theatre live on stage.

Speaking about this initiative, Bruce Guthrie, the Head of Theatre & Films at the NCPA said, “We are delighted to be able to make our production of Sea Wall by Simon Stephens available to people across India, online. This new collaboration between the NCPA & BookMyShow aims to give our audience a unique perspective on this moving piece of theatre. It has been such a pleasure to work with such a committed team in this medium – which is a hybrid of film and theatre. I’m so pleased that audiences across the country will have the opportunity to see this tremendous play with a delicate, vulnerable, and heartfelt performance by Jim Sarbh.”

Talking about Sea Wall, actor Jim Sarbh said, “Theatre is an exciting medium for a variety of reasons, one of the main ones being the intimate feedback loop of live storytelling. Audiences can feel inauthenticity, and they consequently galvanize truthfulness. However, storytelling must adapt to changing scenarios, and in the current one, I am all for adopting a hybrid model: both physical theatre performances and virtual screenings.

With Sea Wall being made available on BookMyShow, I am glad that the NCPA is adapting and reaching out to tell stories to an audience sitting safely and comfortably at home.” Adding further on his experience of playing the protagonist, he said, “Sea Wall is a gorgeous, elegant, devastating monologue. Working on it is as rewarding as it is challenging. I hope that I have done it justice, and I hope it reaches a virtual audience in a personal way as it has reached me.”

Sea Wall captures its audiences’ hearts with Alex’s delicate monologue, completely devastating and beautifully powerful. Alex played by Jim Sarbh speaks directly to the audience about his wife visiting her father in the South of France, having a daughter, photography, and the bottom of the sea. Donning a natural, happy, and engaging tone, with flickers of questions about belief and religion glimpsed under the surface, Alex’s contentment is short-lived before it fades away into deep and heart-breaking grief, crumbling to pieces with a vividness that is incredibly moving. 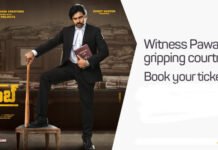 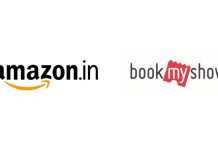 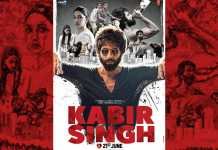 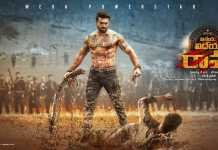