Raju (Nandu) is happy go lucky guy who lives in a slum. He has a horse with the name Baadshah who is his livelihood. He uses Baadshah as Savaari in marriages. Unfortunately, Baadshah has a heart problem and for the operation, he starts saving money. But at the same time, he meets Priya (Priyanka Sharma) who loves him. But loving Priya brings unwanted troubles to Raju. What are they? How are they connected to Baadshah? Who is Priya actually? How Nandu solves all his problems is the remaining part of the Savaari film.

Directed by Saahith Mothkuri, known for his short film Bandham Regad, Savaari is a film that can be described as satisfactory. With ample comedy and romance, the film manages to be interesting in bits and pieces. Despite the interesting set-up, the director soon lowers the bar, with the film flattening out as it reaches the climax.

Nandu steals the show right from his performance. He gets into the skin of a horseman and injects the movie Savaari with his energy. Priyanka Sharma is equally entertaining but she sometimes falls flat. With this film, Nandu has proved that he can also suit mass roles as well. He is good in an emotional role. Srikanth Reddy in the role of the main villain is superb and his comic angle has been tapped well in this film Savaari. The rest of the cast of Savaari is ok.

OverAll, Savaari is one such film that is attractive by its trailer but is boring as a full film. routine screenplay, Boring scenes, not so interesting narration make the film a tedious watch. Apart from that horse backdrop, there is nothing new to offer and that backdrop isn’t impressive either. 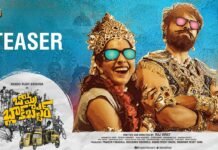 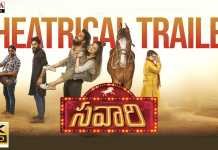