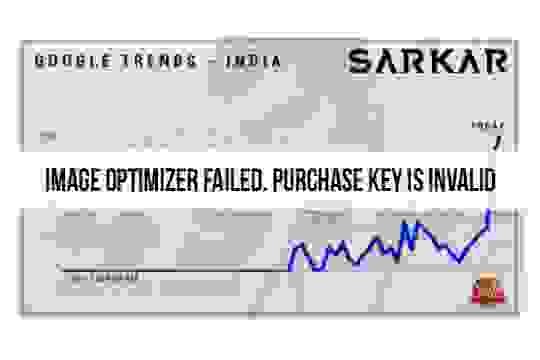 After Actor Vijay’s Sarkar movie released 2 days back received mixed reviews from critics in Telugu as well as in Tamil. Sarkar Movie Section 49P Tops in Google Trends India, But the controversies and the trends it creating generating curiosity among the common audience. Already there is a controversy as AIADMK leaders alleging that Sarkar movie insulted Jayalalitha and her schemes that generated curiosity among people. Now there is one more news about Sarkar. (Sarkar Tamil Movie Review)

Sun Pictures, the producer of the movie, shared the statistical report and tweeted through its official handle, “Google search trends peak for #49P after the release of #Sarkar. Actually, Sarkar film revolves around section 49 P, an important election law, that allows a person to have the right to get back his/her ballot back and vote if in case, someone voted in that person’s name. Sarkar discusses this law elaborately in the movie as the core point of the movie is a powerful CEO coming to know about someone else utilizing his vote illegally.

After the release of Sarkar movie, people have started to Google search for section 49P to know more about it. As a result, this section 49P attained a peak on Google search engine. Probably, as a maker, this must be the happiest thing for Director AR Murugadoss irrespective of box-office numbers

Megastar Chiranjeevi is the top trending South Indian actor on Google for 2018. According to the latest update, Google has released the most trending...
Read more

The Google Search Bar page design that has a rounded search bar that sticks to the top of the page as you scroll through...
Read more
Digital Marketing

The SearchEngineLand.com was misidentified by Google’s system as being hacked and was removed from Google’s search results early Friday morning. Google has resolved the...
Read more
Videos

Google Year In Search 2015: The biggest moments of the 2015 Year inspired trillions of questions. What do they reveal about us? Explore the...
Read more

What Bernie Sanders Said About Viral Memes on Him