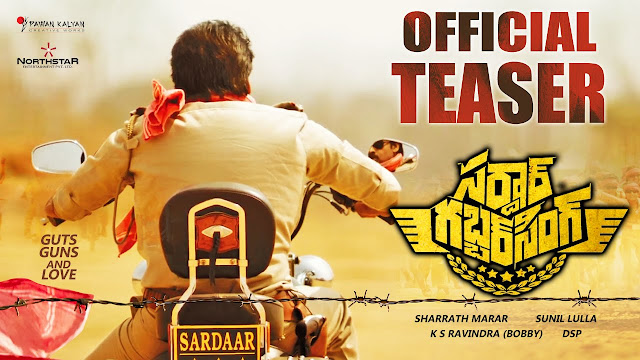 Powestar Pawan Kalyan’s much awaited movie Sardaar Gabbar Singh is happening at a brisk space in Hyderabad’s Ramoji Film City. The film is duirected by K.S. Ravindra and jointly produced by Pawan Kalyan and Sharath Marar under their banners. The film features Pawan kalyan and Kajal Agarwal in the main lead roles. The audio launch of the film is to be held on March 20th, 2016 in Novotel, Hyderabad. Devi Sri Prasad composes the music for the film and audio consists of 5 rocking numbers. The MAA network has bought the audio launch live streaming rights for a whopping sum of Rs 1.5 Crores.
Now latest reports said that Sardaar Gabbar Singh Audio Launch Live Streaming is all set to be held on March 20th, 2016. All the fans are holding their hearts in their hands and are waiting for the audio songs to be released.