Kannada Actress Samyuktha Hegde Abused, Body-Shamed for Wearing Sports Wear in Public. The incident occurred on Friday evening, 4 September, at a park near Agara Lake. Samyuktha Hegde and her friend were abused, assaulted, and threatened in broad daylight for practising a hula hoop and working out, by bystanders in a public park, near the Agara Lake in Bangalore.

The actress Samyuktha Hegde, in an IGTV video, recorded the kind of abuses and threats and the (unjust) moral policing that she and her friend were subjected to, despite calling the cops. It’s ironic, how in a time where the society’s mindset is changing as a whole with regards to women, another woman started tormenting the actress and her friend for wearing sports attire and working out. The lady in question even charged at Samyuktha’s friend to hit her.

Speaking to a leading daily, Samyuktha Hegde said that an elderly couple abused them for wearing “ïndecent clothes.” “Are you cabaret dancers? What sort of clothes are you wearing? A@&&&@s! If you wear such clothes and something happens to you the next time, don’t come crying to anyone,” ‘ she told us and continued hurling abuses. Soon after, about ten boys joined her,” the actress is quoted as saying by The Times of India. Video 1 and 2, you can see the lady clearly (kavitha reddy) charging at my friend and attempting to hit her Video 3: after she tried to assault my friend, when we were waiting for the police to arrive some People in the park who knew her started supporting her and playing moral police and asking us if it is our culture to wear sports wear Video 4: this man in the red checkered shirt and about 10 men with her arrived right before the police did and started threatening us. His name is Anil, and you can clearly hear him threatening me. In my line of work even false news is enough to destroy my career and he threatened me exactly of that and the police stood there and just watched. This is when i decided to go live and have our side of the story put out there in the open After being in a democracy and following all the norms of social distancing, we were abused and ridiculed by Kavitha Reddy and the mob in Agara Lake for practicing our hoolahoop while wearing sportswear. Despite being polite and trying to solve the problem, the lady hit my friend and used disparaging remarks about me and my friends Was extremely disappointed with how the police who came to the location behaved , like nothing was wrong and spoke to her with respect while asked us to be quite. The cops stood there while her mob harassed us and even after requesting the police continuously, they decided to stand there and support this (proof on igtv) Yesterday was really hard and it was so disturbing to go through this When we went to the police station, everyone there already knew her and spoke to her nicely and saw us like we were wrong. The only police who spoke to us with some respect and told her she was wrong was the inspector is the hsr police station muni reddy, he asked us both to file our respective complaints and he left. We wrote the complaint and gave it to the police. The police present there refused to give us an acknowledgement for the same. Its not easy being strong around people who are trying to break you, and having to listen to so many people harass us for doing nothing. THIS IS JUST WRONG I request you all for your support 💛 @blrcitypolice #thisiswrong #punishkavithareddy

Samyuktha Hegde is disturbed over the incident. “This was on broad daylight and in a public park. And a woman who insulted and hurled abuse at us for simply wearing workout clothes and exercising in a park. And that too in central Bengaluru. What wrong did we do that my friends and I had to go through this trauma and shamed for no fault of ours? It’s high time we questioned such behaviour where people play moral police and torture them without reason. And we hear of such incidents so often. This has got to stop,” Samyuktha Hegde concludes. 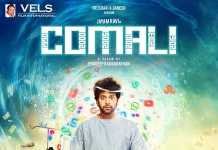 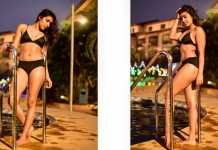