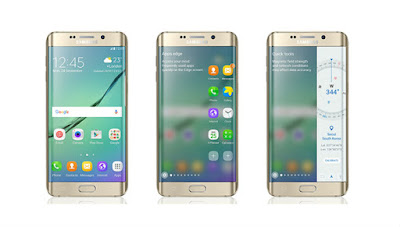 Samsung is pushing the latest version of Google’s Android operating system to its mobile devices from February 15th. The company said today that Android Marshmallow will be available first on this date for the Galaxy S6 and S6 Edge (which is also receiving new functionality for the ‘edge’ portion of its screen), while other compatible devices will “soon follow.” Unfortunately, Samsung is being vague about when the update might hit its other smartphones and tablets, noting only that it will make “separate announcements on details of OS updates schedule for each market according to market situation and carriers’ requirements.”

Samsung added that the Android 6.0 Marshmallow update brings an enhanced edge screen and new edge features for the Galaxy S6 Edge smartphone. After the update, users can widen the edge panel from 260 pixels to 550 pixels, enabling more content to be displayed. Users will be able to customize up to nine panels including the People edge and Apps edge panels.

Google’s Android 6.0 Marshmallow brings new features such as the new Google Now on Tap, a predictive assistant. Take a look at some of the highlights of Android Marshmallow.