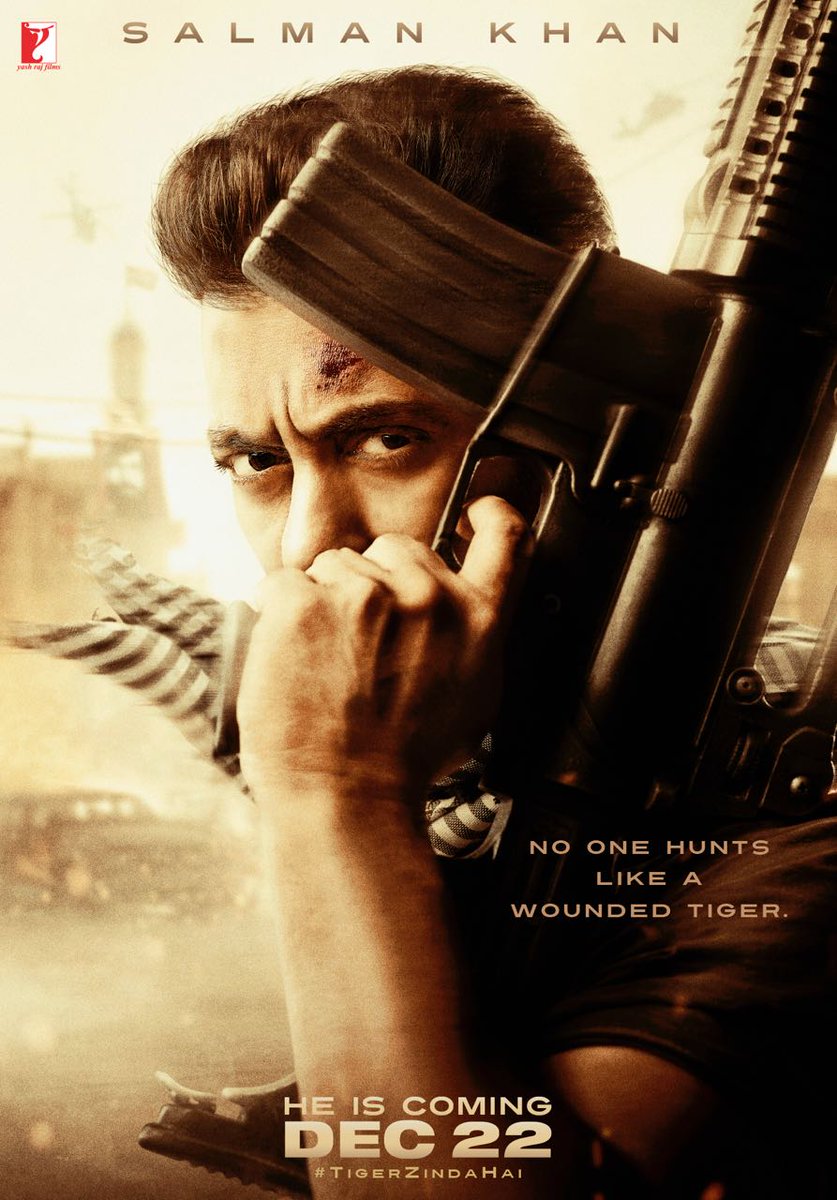 Tiger Zinda Hai First Look Poster: Salman Khan’s Tiger Zinda Hai is one of the most awaited movies of this year, and the latest poster released by Yash Raj Films is making fans even more restless for its release.
The latest poster shows Salman Khan holding a gun with a tagline that says: “No one hunts like a wounded Tiger”Salman Khan tweeted saying, “Diwali Gift…. pasand aaya? Ab Christmas pe milna… [sic]”
The makers of Tiger Zinda Hai have been sharing some interesting pictures from the sets of the film at regular intervals.
While some of the photos show Salman and Katrina Kaif’s chemistry, others give a hint of the high-octane action sequences.
Several other photos from the movie have also been shared so far. Some of the stills were from fans after they apparently got leaked.See the new poster here. Doesn’t Salman look deadly?
Facebook
Twitter
Pinterest
WhatsApp
Telegram
VK