Theprimetalks.com
Home Bollywood Salman Khan’s Sultan Movie Official Teaser/Trailer Released
Advertisement
Sultan Official Teaser : Salman Khan is gearing up for his upcoming flick Sultan which will be released on the auspicious moment on Eid. Aditya Chopra is producing yet another movie with Khan after producing FAN with King Khan Shah Rukh Khan under his own production banner Yash Raj Films .This is for the first time the bubbly Anushka Sharma will be seen as a leading lady opposite bollywood hunk Salman Khan.
Advertisement 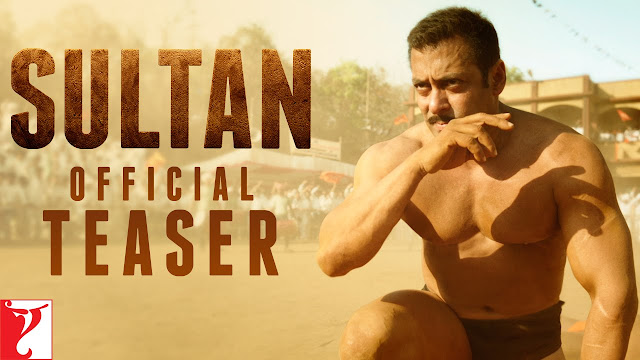 Millions of moviegoers are eagerly looking forward to Sultan, the drama starring Salman Khan as a 40-year-old wrestler from Haryana who has battles in the ring and in his personal life, judging by the avid response to the teaser trailer.
Posted on Tuesday by the producers Yash Raj Films, the trailer had more than 3 million views on YouTube in 24 hours. The directorial debut of Ali Abbas Zafar, the film co-starring Anushka Sharma as his love interest is due to open during the Eid festival in July. In the clip the tagline is: “Wrestling is not a sport. It’s about fighting what lies within.” Another line reads: “Every sport has a legend. Wrestling has SULTAN.”
The full trailer is to be released on Thursday. At one stage Sultan was set to go head-to-head with Raees, the action-thriller in which Shah Rukh Khan plays a cruel and clever bootlegger who is confronted by a tough cop (Nawazuddin Siddiqui). Directed by Rahul Dholakia, it is produced by Farhan Akhtar, Ritesh Sidhwani and Gauri Khan for Excel Entertainment and Red Chillies Entertainment.
Salman tweeted, “Aur yeh alman tweeted, “Aur yeh raha teaser #SultanTeaser,” along with the teaser.
Salman Khan took the news to Twitter to share it with all the fans. The Bajrangi Bhaijaan star released it on Twitter while YRF released the video on its official YouTube channel.
It was scheduled to release on April 14. But, it may be released due to the negative comments which its poster received today from critics like Rajeev Masand. Many of them called the poster as the worst photoshop ever.
But now the teaser is out, and you can watch at 0:53 that it was camera angle which made the face look larger than the body. Still, it was the not the best photoshop.