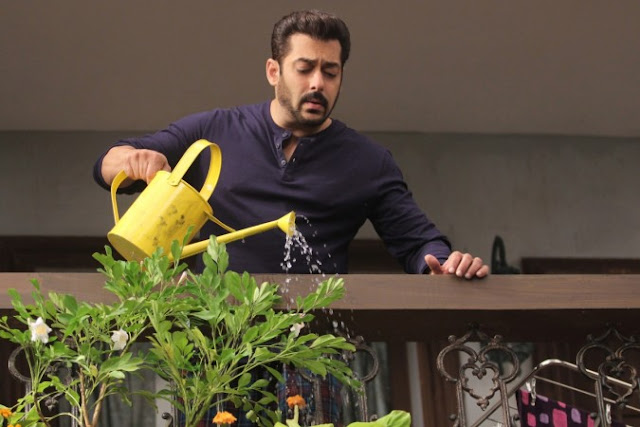 Bigg Boss Season 11 Promos: Ever since Bigg Boss Season 11 was announced, the fans have been curious to get their hands on anything and everything related to the show. While the makers kept everything under wraps for a long time, it was only on Friday that they finally decided to unveil the first promo of the reality television series.
Raj Nayak, CEO of Colours, took to Twitter to share the first promo of the show and wrote, “Adding more fizz to your festive season! @BiggBoss with @BeingSalmanKhan.Presented by @iamappyfizz, Powered by @oppomobileindia @ColorsTV.”
Considering that the theme of the eleventh season is “Neighbours”, the promo showcases Salman’s bittersweet relationship with his neighbours. He also answers a question on his marriage in his own quirky way.
In the teaser, Salman is seen watering his plants in the balcony when a few drops fall on his neighbour’s cup of tea on the ground floor. As the neighbour decides to give the Tubelight actor a piece of his mind, a woman asks him to get married.

Going by the Bigg Boss 11 promo teaser, it seems Bigg Boss 11 will be quite interesting as commoners and celebrities will be divided into two different houses and yet share a bittersweet relationship for the next three months.

From Salman Khan’s wittiness to the most relatable theme of neighbours looks like the makers have already hit a jackpot with this new promo.The Bigg Boss 11 show is expected to return to the small screen on October 1.