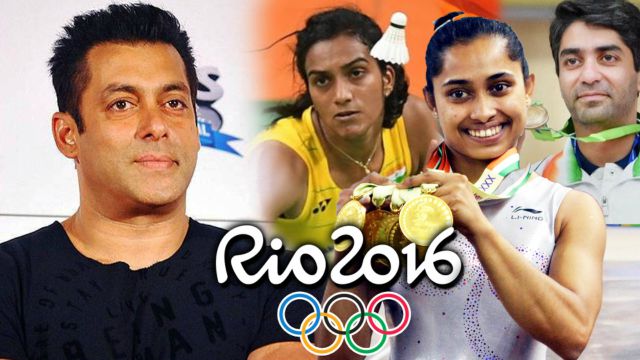 Advertisement
The Bollywood Actor Salman Khan had been announced the Goodwill Ambassador for Rio Olympics 2016 a few months back. That had created nationwide outrage. But the actor has stayed silent on the controversy.
The Rio Olympics will end on 21 August 2016 and till now, India hasn’t won any medals in the tournament. Salman Khan who’s lauded the athletes who represented India at the Olympics this year has come up with a very special announcement.He has decided to present each athlete who was there at Rio representing India with a cheque of Rs. 1,01,000. The Salman made the announcement on his Facebook profile.
“The government is very supportive of sports. Each of us can also do our bit to encourage a sports nation,” he posted. “I admire the work that Olympic Gold Quest (OGQ) is doing to shape tomorrow’s champions.” Here Check Out The Full List of Rio Olympics 2016 .
Advertisement