Theprimetalks.com
Home Bollywood Salman Khan I will Announce My Marriage with IuliaVantur on Facebook &Twitter
Advertisement
Once again the rumours of Salman Khan’s marriage are going around in the media. This all happened when Salman made his first public appearance with his Romanian long time rumoured girlfriend Iulia Vantur at Preity Zinta’s wedding reception.
Apart from Salman’s close friends, his family members were also quizzed about the actor’s marriage plans. Recently, Sohail Khan became a topic of controversy after he misbehaved with a reporter at a Bandra club on May 19. 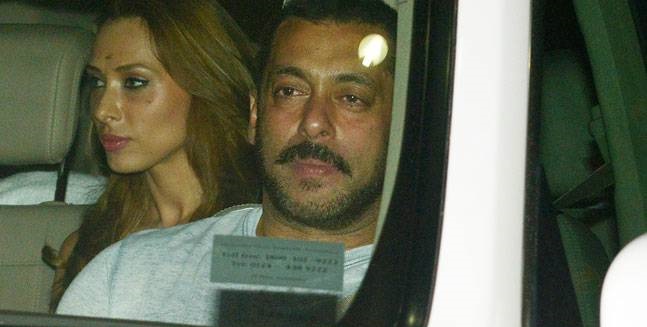 Salman Khan finally broke his silence on the issue and addressed the topic. At an event, when we asked Salman about the incident, the actor said, “I don’t think so he misbehaved. You tell me my father is 80 years old, was it a place to ask him about my wedding at that time of night? I won’t take anything against my family and friends especially my parents. Right now you all are standing properly, it is cool but just because you are competing with each other, you can’t just put bunch of mikes on my father’s face.”
When further questioned when he is tying the knot with Iulia,Salman said, “It is my wedding, why should I tell you? I will get married or not, it is my personal matter. It is about my fans. I will announce it on Facebook and Twitter.”