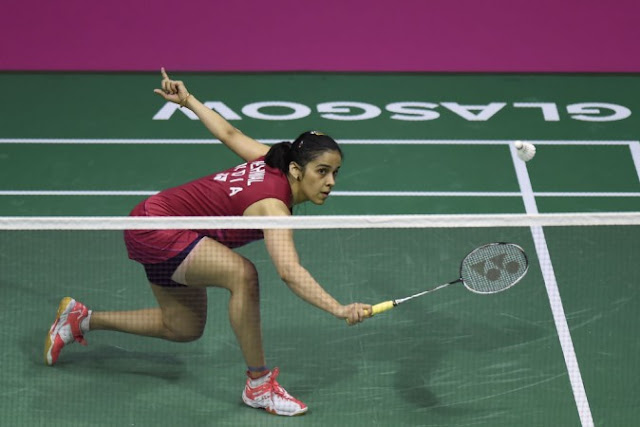 Saina Nehwal wins Bronze Medal at WBC2017: The Badminton Star Saina Nehwal’s dream of being the world champion was snapped. The star Indian player went down 21-12, 17-21, 10-21 to Rio Olympics bronze medallist Nozomi Okuhara at the in the semi-final of World Badminton Championships in Glasgow on Saturday.

In the first game, Saina began in a dominating fashion and continued it throughout the game. Her attacking game was too much to handle for her Japanese opponent and she wrapped it up quickly in 22 minutes with a score of 21-12.
But, Okuhara wasn’t giving up that easy. While Saina troubled her with drop shots in the first game, it did not happen in the second as she maintained a slender lead over the Indian. The game lasted 27 minutes and the Japanese tied the match one game all by winning it 21-17.
The third game was Okukara’s throughout. Saina looked tired and by the time the first break came in the game, she was down 11-4. She continued the top game and won it 21-10. The win ensured Japan of a place in final which is the first time a player from the nation has reached the women’s singles final at the Worlds.But, Nehwal was praised for her game and even the social media reacted to her comeback and winning a bronze medal at Championships.
Facebook
Twitter
Pinterest
WhatsApp
Telegram
VK