Meanwhile, the police have registered a case under section 336 of the Indian Penal Code and Motor Act 184 for rash driving and negligence. The Police have stated that the actor Sai Dharam Tej had worn a helmet and didn’t consume alcohol while driving.

.@IamSaiDharamTej#SaiDharamTej was wearing helmet & was not drinking alcohol. His bike skid due to mud on the road. He is out of danger & is currently receiving treatment. : Madhapur Police Statement pic.twitter.com/0Q9BAmB3Fk

Apollo Hospitals, where the actor is undergoing treatment, has released his latest health bulletin just about a while ago. “Mr. Sai Dharam Tej is stable and all major organs are functioning well. He will continue to be on assisted respiration in ICU for controlled close monitoring and additional investigations will be performed during the day,” stated the hospital’s management in the health bulletin. 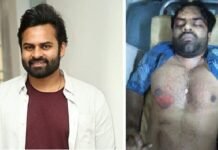 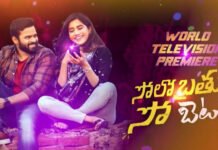