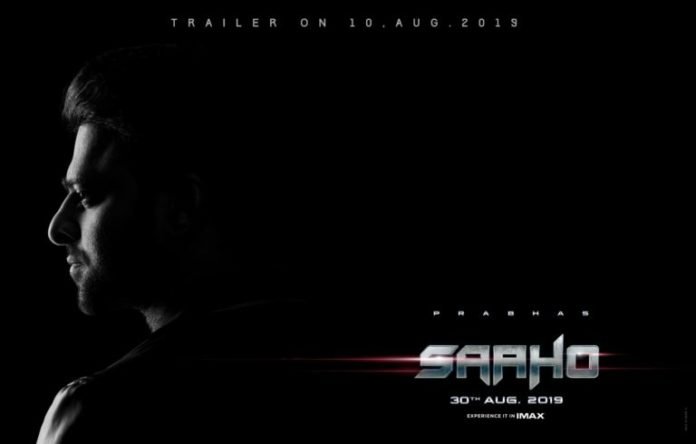 Saaho Movie Trailer: Prabhas and Shraddha Kapoor are working together for the first time for action entertainer Saaho, which is slated to hit the theaters on 30th August 2019 in Hindi, Telugu, Tamil and Malayalam languages. The much-awaited big-budget movie Saaho is helmed by Sujeeth. Mandira Bedi, Arun Vijay, Chunky Pandey, Jackie Shroff, and others are playing the lead roles. The production house UV creations made the biggest announcement about the Saaho Trailer Release Date.

According to the latest update, the Saaho Movie Trailer will be out on 10th August 2019. UV Creations has made an official announcement about the Saaho trailer launch date by releasing a new poster on Twitter and wrote, “The wait is over! The biggest and most anticipated trailer of the year will be out on 10th August! #SaahoTrailer #Saaho released worldwide on 30th August! #30AugWithSaaho”

Apart from Prabhas and Shraddha, the film also features Jackie Shroff, Neil Nitin Mukesh, Arun Vijay, Vennela Kishore, Evelyn Sharma, Chunky Pandey, Mandira Bedi, Tinnu Anand among others. Shraddha Kapoor will be seen as a feisty cop in the multilingual action-thriller while Prabhas’ character will have a multi-layered role.