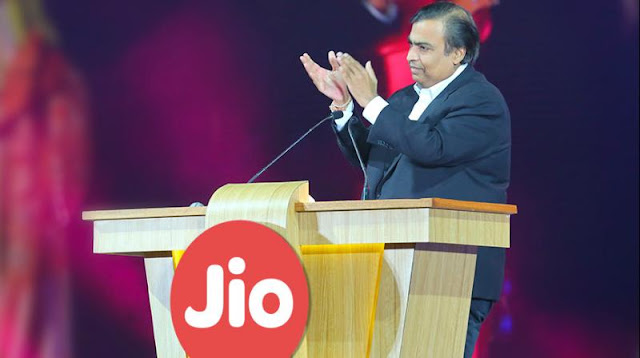 Reliance Jio Crosses 130 Million Customers: The Reliance Jio made several records not only in India but across the globe and crossed 130 million customers mark in one year of its operations, Reliance Industries Chairman and MD Mukesh Ambani said in his letter to employees.

Mukesh Ambani in a letter said to everyone that, “Reliance Jio made several records not only in India but across the globe and crossed 130 million customers mark in one year of its operations. In this past one year, we have broken several records, both in India and globally. But what gives me the biggest personal satisfaction is to have broken the myth that India is not ready to adopt advanced technology.”
Mukesh Ambani said, “the way you laid out the infrastructure and technology and most importantly, the way you worked tirelessly to have more than hundred and thirty million satisfied customers, making Jio a true customer obsessed organization”. As per Trai data, Jio had 123.36 million subscribers at the end of June.
With the launch of Jio services, the cost of 1 GB mobile data has come down to less than Rs 10 from around Rs 250 priced earlier by other telecom operators. He also added that “Together we have created the largest end-to-end all -IP 4G network in the world…India has adopted Jio as its own. This is also reflected in the gigantic spurt in data consumption and customer numbers on our network.”
Facebook
Twitter
Pinterest
WhatsApp
Telegram
VK