Xiaomi’s CEO, Lei Jun and many of the company’s executives have taken to the Weibo and Twitter to share the latest achievement. According to a post shared by Lei Jun on his Weibo account, he said, the Redmi Note 7 series of smartphones have been popular among users worldwide and because of that, the smartphones have exceeded 10 million units in sale in just four months. He further added, to stay tuned as the Xiaomi company is preparing to the Redmi K20 launch tomorrow.

WOW! What an amazing accomplishment!
Globally we have sold over 10 million Redmi Note7 series in just 129 days, marking another major milestone for the awesome #RedmiNote7 series.
We couldn’t have gotten to this landmark moment without our amazing Mi Fans!#NoMiWithoutYou pic.twitter.com/Kx7NlkNNEF 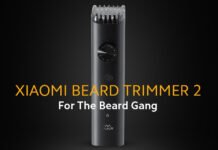