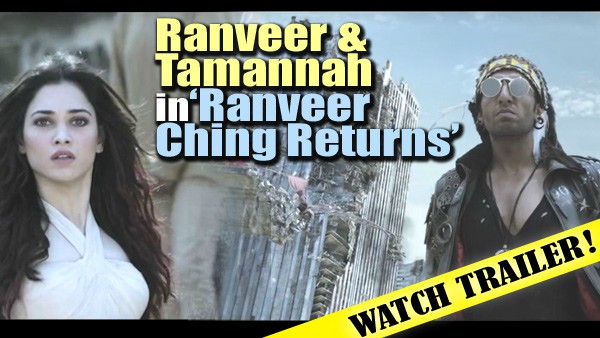 Advertisement
Ranveer Singh is a master player in today’s new age Bollywood. This time in Ranveer Ching Returns. Directed by Rohit Shetty, the trailer of the short film, or should we say advert film was released a few days back. Now, the full film has been launched. And it’s Ranveer Singh show from the beginning to the end.
Ranveer Singh comes like a hero , beats up like a hero and conquers hearts, totally in true-blue Bollywood masala-ish style. We love it. With this promo, he’s nailed the Rohit Shetty hero act and given the drama king that he is in real life, RanveerSingh ‘s the perfect choice for the film.
Advertisement