Theprimetalks.com
Home Entertainment Rana Daggubati Debut on Television with “No.1 Yaari with Rana” Show aired...
Advertisement
No.1 Yaari with Rana: The Baahubali Actor Rana Daggubati Making His Small Screen Debut With New Chat Show No 1 Yaari with Rana. This is the Actor First Show Aired on Gemini TV. The Baahubali actor Rana who is looking forward To his upcoming film Nene Raju Nene Mantri shared the teaser of the show on his official Twitter account.
The No.1 Yaari with Rana show is expected to be a chat show, which will see Rana inviting his friends from the industry for a candid talk. Since this is the first time that the Baahubali star will be seen on such a platform, fans are excited about the new show. He has been getting best wishes from his fans and industry friends for the new endeavor. No 1 Yaari with Rana will be aired on Gemini TV, however, the dates haven’t been announced as of now. Looks like Rana is enjoying the spotlight and doing a number of interesting projects.

To celebrate the greatest friendships with your favourite stars, coming to your homes, #No1Yaari with Rana @GeminiTV @McDowellsNo1 #VIU pic.twitter.com/ySMSyH993E

Rana Daggubati tweeted, “TV a space I’ve always been fascinated with, for the first time, direct to your home as TV Host ‘No1 Yaari with Rana’ teaser at 5 pm #No1Yaari,” and added, “To celebrate the greatest friendships with your favourite stars, coming to your homes, #No1YaariWithRana @GeminiTV @McDowellsNo1 #VIU.” 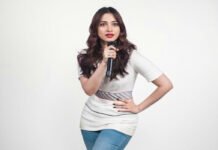 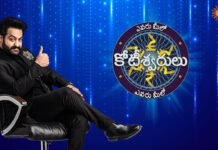