MX Player Originals RamYug is based on the mythological tale written by sage Valmiki on how Lord Rama trounced Ravana as he rescued his wife Sita who was abducted by him. It is the quintessential story of how Lord Rama showed us the path of dharma. Kunal Kohli’s Modern version of Ramayan, Ramyug Web Series Story about Rama, prince of Ayodhya, won the hand of the beautiful princess Sita but was exiled with her and his brother Laksmana for 14 years through the plotting of his stepmother.

In the forest, Sita was abducted by Ravana, and Rama with the help of the Son of Vayu, Hanuman, gathered an army of monkeys and bears to search for her. The allies attacked Lanka, killed Ravana, and rescued Sita. After the couple’s triumphant return to Ayodhya, Rama’s righteous rule (Ram-Raj) inaugurated a golden age for all mankind. Ramyug Web Series is a technically advanced one and looks lavish. The Ramyug climax is quite modern. Ramyug the latest visual interpretation of this ancient text, seeks to bring modern technology in a never before used manner to narrate the epic. Filmmaker Kunal Kohli wanted to “breathe life” into the story of Lord Rama for “younger audiences on an unparalleled scale.” The crux of Ramyug is well explained in the conversation between Ram and Raavan which means that every yug (era) will have Raavan and a Ram to beat the Raavan. Don’t miss the Ramyug Web Series for this and many more contemporary dialogues.

Kunal Kohli’s modern version of the Ramayan is visually appealing with cringe-worthy modification of the original, RamYug is a well-made web series given the quality of production and VFX, CGI we feel the young crowd will like it. 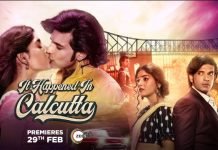