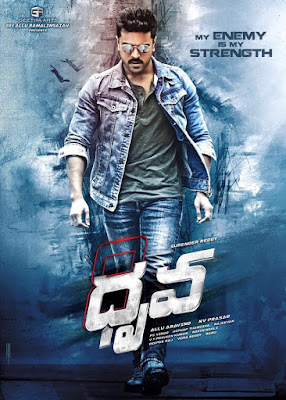 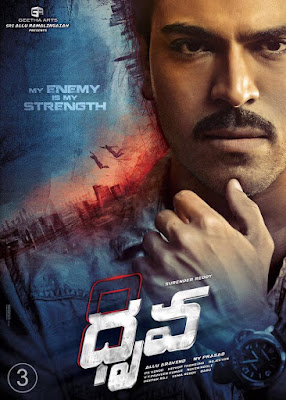 It is an official remake of the Tamil film Thani Oruvan (2015) which is written and directed by Mohan Raja.It is action thriller starred Ram Charan in Lead Role and Rakul Preet Singh is playing Female Lead. Actor Arvind Swamy would be playing the antagonist role in this film.

The Dhruva film music is composed by Hiphop Tamizha, who also composed for the Tamil original film and cinematography is handled by P. S. Vinod.Naveen Nooli is the editor of the flick. Nassar,Posani Krishna Murali and Actor Navdeep playing important roles.
Advertisement

The Ram Charan first look of the Dhruva film sets the tone perfectly with its color pattern. Ram Charan has a slightly different look but otherwise, it’s the same close-ups and walks kind of shot that we have seen many times before. It’s the rest of the design along with the title logo that catches our attention and shines.