The Raju Gari Gadhi 3 full movie revolves around the story of an auto driver (Ashwin Babu), is an auto driver who creates a big nuisance in his colony. On the other hand, whoever proposes Maya (Avika Gor) keeps getting tortured by evil spirits. So all the members in the colony develop a special plan and make Ashwin babu fall in love with Maya. The moment he proposes to her, strange things start happening with Ashwin. Who is this Maya? What is her background? and how will Ashwin babu solve this mystery is the whole story of the film.

On the whole, Raju Gari Gadhi 3 is a timepass horror comedy which has decent fun in the second half. The last 20 minute episode evokes superb fun and entertains the audience. But the concept is quite silly and logic goes for a toss throughout. This is a kind of a film which the masses will like and all those who love over the top comedy can give this film a shot. Don’t look for any story and just go with the flow to enjoy the film. Raju Gari Gadhi 3 Rating: 3/5.

Lead pair Ashwin Babu and Avika Gor have done justice to their roles. Their performances and chemistry are the highlights of Raju Gari Gadhi 3. Ali, Hari Teja, Sivaji Raja, Ajay Ghosh, Prabhas Sreenu and Brahmaji have done good jobs and they are also among the big assets of the movie, said the audience.

If you are okay with some low quality humor and silly jokes, “Raju Gari Gadhi 3” can be passable. But keep in mind that the film is just another addition to the many horror-comedies that we are regularly seeing. Nothing new is seen here. Bottom line: Lowbrow Humor. 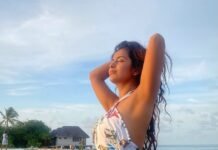 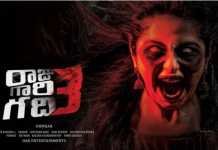 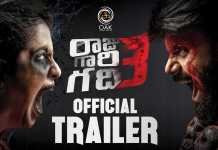