Theprimetalks.com
Home MovieReviews Rajadhi Raja Telugu Movie Review Rating Hit or Flop Public Talk
Advertisement
Rajadhi Raja Review: Rajadhi Raja Movie is all about an enterprising young man is in a hurry to succeed and in what way he leads his life and in what manner he faces the situations and that what all events he comes across cooks up the entire story of the movie. View Rajadhi Raja Full Review . 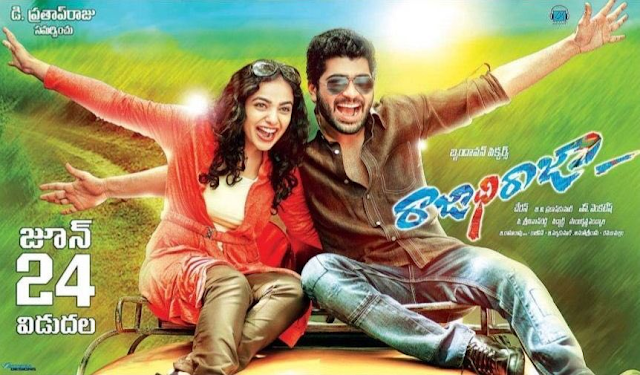 Advertisement
Rajadhi Raja Movie Story : Hero Sharwanand is an active and lively guy who is partying typo and enjoys his life to the core. He lives his life on a lane which is very agile and fast. With a ample drama and happenings in his life he takes up responsibilities and start to work out on all the possibilities for earning as well as developing. He comes to Nithya Menon his old friend and they both come together and start to get on business on which Sharwa works on before joining her and they both become successful adding more people to work with them providing lifeline. What is the business that Sharwa takes?? Why he joined Nithya?? What circumstances that lead him to be responsible? What is Sharwanand real intention? forms the rest of the story.
Performance : Sharwanand pulled off his role with a lot of ease and has done a fantastic job. His acting is subtle and carried the emotions on his face very well. Nithya Menon is as fantastic as Sharwanand and has got a very nice and important role which is as equal as role of male lead. She proved her acting abilities once again with this movie. Prakash Raj has done a fine job. Manobala as a drawing artist is well fit. Santhanam tried his best to evoke few laughs and settled in the middle. Jaya Prakash has done good job. All other characters performed to the extent of their character. Guest appearance of Sneha and Prasanna, real life couple on screen is a big surprise to watch out for.
Technical Departments : Songs composed by G V Prakash Kumar are nice and good to hear. Couple of songs are well translated on screen backed up by engaging visuals and situations. He did what he can do with his background music and elevated to required level. Cinematography by Siddharth is nice. He captured all the scenes well and are engaging. Editing is mediocre and has a lot to do. Work of art department is visible and felt well on screen.
Verdict : The Film begins with our hero enjoying his life in whichever way he wanted to and skipping some works his dad allot him to do like paying bills etcetera. Get ready for my mojo song is picturised well and hooks us all to the screen with fantastic visuals. Screenplay is mediocre excpet for songs and also which acts as breakers. It ends on creating not enough curiosity to watch out in second half. Second half starts with a lot of melodrama which we watched and watched more times that we can imagine. Director Cheran must be appreciated for his writing skill. He created some deep and powerful characters for this movie and which makes this movie watchable. To sumup, watch this Rajadhi Raja, if you are a fan of Sharwanand or Nithya Menon.
Rajadhi Raja Movie Rating – 2.5/5
Advertisement