Finally, the wait is over. The much-anticipated title revelation and the first look of Prabhas’ upcoming film have been unveiled by the makers on Friday (July 10). Fondly termed as #Prabhas20 till now, the romantic-drama has been titled as Radhe Shyam Both the actors took to their official social media accounts to share the intriguing poster of their romantic film. The Radhe Shyam First Look Poster shows both of them embracing each other while Prabhas is seen wearing a white suit, Pooja Hegde looks suave in red attire, making the poster look regal. The background of the portrait shows a flooded city with ancient buildings.

Directed by Radha Krishna Kumar, Radhe Shyam also stars Bhagyashree, Murli Sharma, Sachin Khedekar, Priyadarshi, Sasha Chettri, Kunaal Roy Kapur and Sathyan in significant roles. Jointly bankrolled by UV Creations and T Series, the big-budget project is set against the backdrop of Paris in the 1920s and the protagonist will reportedly be seen as a fortune-teller. It is being simultaneously shot in Telugu, Hindi, Tamil, Malayalam. The multilingual film is expected to release in 2021. 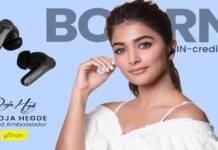 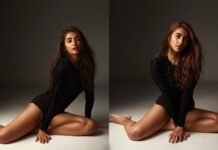 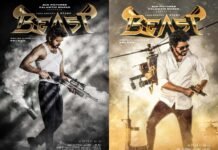