Theprimetalks.com
Home Bollywood Raaz Reboot Horror Thriller Movie Official Trailer 2016
Advertisement
The Raaz series one of the successful horror thriller series in Bollywood.The first RAAZ film is released in 2002 directed by Vikram Bhatt.The film stars Bipasha Basu and Dino Morea. The movie super hit After that sequels  Raaz: The Mystery Continues(2012) and the  Raaz 3(2013) in which Emraan Hashmi played the lead role and now Raaz Reboot is produced by Mahesh Bhatt, Mukesh Bhatt and Bhushan Kumar under the banners of Vishesh Films and T-Series.The makers released Raaz Reboot Official Trailer on youtube .This film is scheduled for a worldwide release on 16 September 2016. 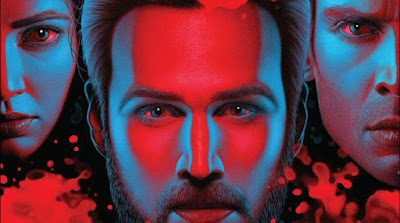 Advertisement
The Raaz Reboot trailer begins with Actress Kriti Kharbanda approaching Gaurav Arora to kill him. Cut to the chase and we find Gaurav Arora and Kriti Kharbanda at a beautiful but secluded house in Romania. The only trouble is that it seems to be haunted and the couple cannot move because the company has already paid six months security for the eerie place.
With the glimpse of a dead raven, the trailer hints at the existence of a vampire in the film who may or may not be Bollywood’s fave serial kisser Emraan Hashmi. From his dialogue, we can say he’s either a vegetarian vampire (the type who feeds on animal blood and wish well for humans) or someone who practices exorcism and desperately wants to help because he is in love with Kriti Kharbanda character.With spooky background music, fast-moving Shadows and several sound effects.