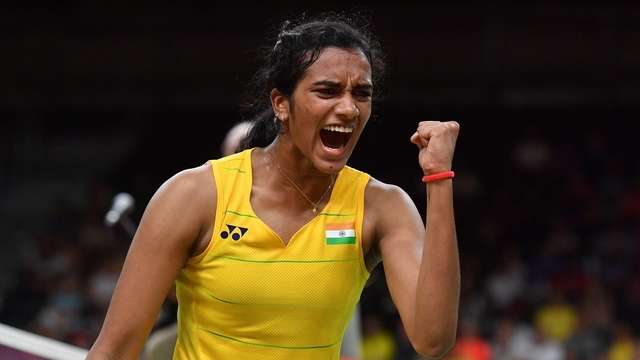 PV Sindhu Wins Silver Medal in WBC 2017: Once again Indian Badminton player PV Sindhu bagged a Silver medal in the World Badminton Championship 2017 (#WBC2017). Of Course, after the extraordinary game at Rio Olympics, once again she proved herself, PV Sindhu Wins Silver Medal with the mind-blowing performance at the Glasgow, Scotland.
However, after entering to the Finals India has so many hopes on the PV Sindhu. Finally, she bagged Silver medal over the toughest fight with the Japan player Nozomi Okuhara. One more interesting news is Okuhara is the first Japanese player to win the Gold in the Singles Badminton Champion.
In a pretty close encounter, both Sindhu and Okuhara showed great character and fight before the Japanese clinched the victory. Here’s who said what on Sindhu’s title win. Okuhara made a comeback to equal the scoring at 19-19 in the last game and then took a lead to make it 20-19. But Sindhu kept her calm and made it 20-20. Eventually, Okuhara won 22-20.
PV Sindhu is the second Indian who wins Silver in the World Badminton Championships 2017, after the Saina Nehwal. Also, the winner Okuhara thanked her fans for the extreme support. Every Indian praising PV Sindhu for her tough of war fight in the finals at the Scotland.Of Course, which is the pride moment for all Indians.
All the Indians started tweeting about the victory of PV Sindhu, like no matter which type of medal it is you are a Golden girl of India. Finally, PV Sindhu wins a Silver medal at the World Badminton Championship 2017. Congratulations to PV Sindhu.
Advertisement