The commercial opens with PV Sindhu saying she hates her teacher and lists all the reasons why. “He is the reason for my scars, he shouts at me, he likes it when I sweat…” are some of the reasons listed. She then goes on to reveal the biggest reason why she “hates” him – “because he believes in me.” PV Sindhu Tribute To Coach Pullela Gopichand

#TeachersDay is here & this is a story of students who hate their teacher. @Pvsindhu1 is 1 of them. Tag ur teacher who made u #SweatForGold pic.twitter.com/AijgbLgnpD

The ad makes for a compelling watch and will definitely remind you of that one teacher who pushed you hard, sometimes even when you hated it, only to help you achieve your best. Take a look at the video and don’t forget to give a teacher like this a call today. 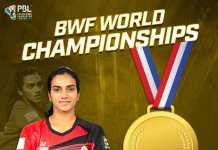 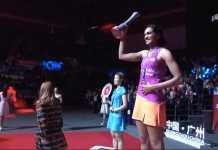