PSV Garuda Vega is a spy action comedy thriller film and director Praveen Sattaru has written the story, screenplay, and dialogues in collaboration with Niranjan Reddy. The movie has been produced by M Koteswara Raju and Murali Srinivas under the banner Jyo Star Enterprises. The PSV Garuda Vega movie has received a U/A certificate from the censor board and has a runtime of 2 hours 38 minutes.

PSV Garuda Vega Movie Story: Shekhar (Rajasekhar) is an investigative officer with the NIA and is married to Swathi (Pooja Kumar). He has been assigned to investigate the Mumbai terror attacks. But his personal life gets involved with his professional. How he completes this mission forms the crux of the story of PSV Garuda Vega.
Analysis: Praveen Sattaru has chosen a unique and interesting story and also created an arresting screenplay for PSV Garuda Vega. The first half is engaging with some twists and turns and the second half is also equally entertaining, but bit slow and dragging in parts, say the audience.
Performance: Dr. Rajasekhar has appeared in a never-seen-before avatar and has delivered a brilliant performance, which is the highlight of PSV Garuda Vega. Pooja Kumar, Kishore, and Shraddha Das have also done brilliant jobs and they are big assets of the movie. Ali, Adith Arun, Nassar, Posani Krishna Murali, Sayaji Shinde, Prudhvi Raj, Srinivas Avasarala and others have also done justice to their roles, say the viewers.
Technical: PSV Garuda Vega has brilliant production values, which are on par with international standards. The amazing choreography of action and stunts, stunning background score, picturization, and spectacular VFX works are the attractions on the technical front, say the viewers.

Final Verdict: The PSV Garuda Vega movie is said to have the backdrop of NIA which was formed after the Mumbai Terror Attacks.
Advertisement 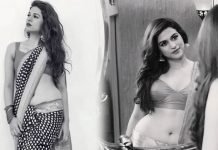