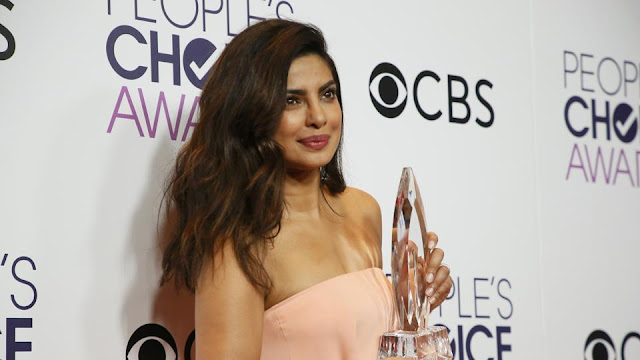 People’s Choice Award 2017: Indian actress Priyanka Chopra has won the ‘Favourite Dramatic TV Actress’ at the People’s Choice Award 2017 for her role in the American drama TV series ‘Quantico’.This is the second People’s Choice Award for Priyanka. She bagged her first award in 2016 in the ‘Favourite Actress in a New TV series’ category for her role in ‘Quantico’.
The 34-year-old Bollywood actress Priyanka Chopra, who was seen playing the role of an FBI agent named Alex Parrish in ‘Quantico’, thanked everyone while accepting the trophy and said that it had been an “incredible journey” for her.
“Every single woman, that was nominated with me today…All of these incredible actresses were the reason that I joined television. They were the reason that I wanted to be the actor that I am here today, receiving this award and being in the same category as they is just so overwhelming,” Priyanka said.The actress also thanked the entire cast and crew of ‘Quantico’, her first Hollywood project.
Advertisement