Rajahmundry resident Raghuramayya (Satyaraj)’s children and grandchildren live in the USA, Australia. As doctors diagnosed him as having Lung cancer, he intimates children that he gonna die in 5 weeks. Being busy, they try to find an excuse but one Grandson Sai Tej arrives to accompany his grandfather. The rest of the film is Sai Tej’s deeds to keep him happy, how they together teach a lesson to the rest of the family.

Maruthi has come up with an interesting plot of a grandson coming to fulfill the wishes of his dying grandfather. The movie starts off on an emotional note and the arrival of Sai Dharam Tej, enters humour plus emotions angle and there’s a bit of romance between Raashi Khanna and Sai as well. While the template setup and screenplay is an issue, Maruthi makes up for it with his fun-filled and emotion-filled screenplay that keeps you hooked throughout the runtime despite cliches. All said, prati roju pandage is a decent family entertainer that works.

Prati Roju Pandage is a family entertainer for this Christmas – New year season. It has comedy as it’s USP, however one needs to bear the forced sentiments and preaching in parts from the second half. 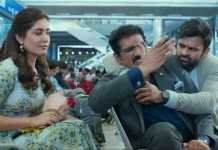 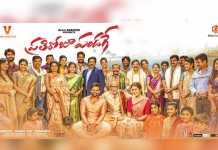 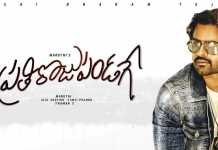