Prabhas & Anushka Shetty Getting Engaged in December ? Real or Fake 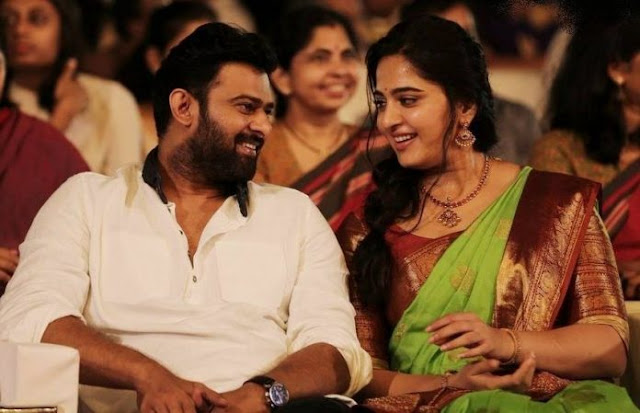 Prabhas and Anushka Shetty combination in the film industry is known to be one of the best combinations and hit pairs.Soon after the historic drama hit the screens came the rumors that Anushka Shetty was our Baahubali star’s real-life Devasena too. While the two maintain a ‘just friends’ stance, the rumors keep coming back again.

Even after clarifying it for multiple times, the famous film critic Umair Sandhu who always provides the news out into media basically posted this news on Twitter.
“Breaking News for #Baahubali Fans! #Prabhas & #AnushkaShetty will get engaged this December! They are officially in Relationship Now. ? MY close friend who is also a best friend of Anushka and Prabhas said me about the relation of Prabhas and Anushka they are so together from many months and they are going to get engaged December” stated Umair Sandhu’s tweet.
The Baahubali actor said he is very possessive about his privacy and he does not want to reveal his private life. “I want my life to be private. But, when I marry, I will tell everyone about it,” Prabhas said.
Prabhas is currently busy in his upcoming action entertainer Sahoo which is progressing at brisk pace in Hyderabad under the direction of  Sujeeth of Run Raja Run fame in which Shraddha Kapoor is playing the female lead.
On the other-side, Anushka Shetty is waiting for the release of woman-centric film ‘Bhagmati’, which is gearing up for grand release very soon.
Facebook
Twitter
Pinterest
WhatsApp
Telegram
VK