Poonam Pandey Goes Topless Again for Her Own App 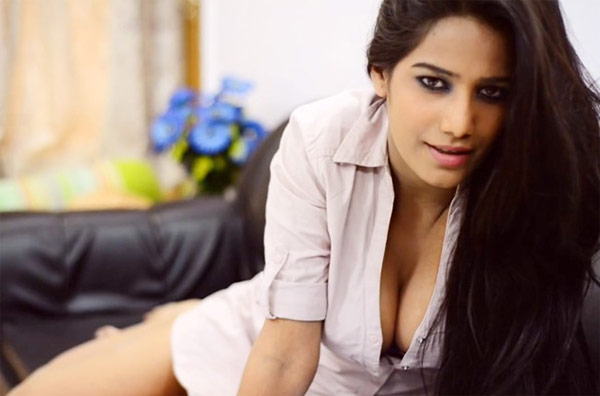 The Bollywood Hot Actress Poonam Pandey has yet again shared a topless photo of her on social media making her fans go crazy. The actress is promoting her newly launched app with this sensuous picture.
Poonam Pandey shared the topless photo on Twitter, covering her assets with just her hair. Coupled with the extremely hot photo, Poonam has a caption informing fans that her app is now available for download on Google play store.
“Tweethearts! Now you can download #ThePoonamPandeyApp from App Store & Play Store 😉 [sic],” she tweeted. Poonam is known for posting sizzling pictures on social media and treating her followers with her sensuality.
Earlier, she had introduced the app similarly with a topless photo. However, she had faced a shocker after Google had banned her app just a few hours after its release due to the bold content.

The Poonam Pandey app had received a good response as it had reportedly witnessed over 15,000 downloads just in 15 minutes of its launch. However, Poonam Pandey app is now back on Google play store.
Facebook
Twitter
Pinterest
WhatsApp
Telegram
VK