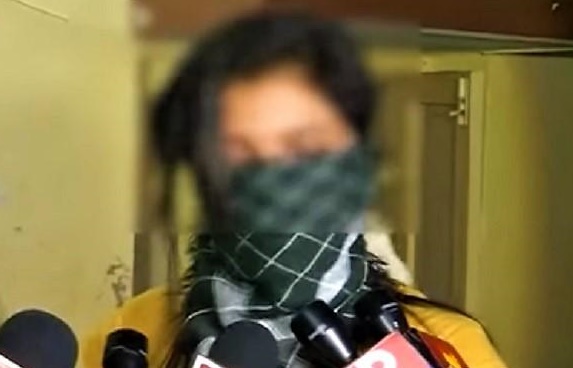 The actress has filed a police complaint on Tuesday, accusing a Telugu film director, Chalapathi, and actor Srujan of attempting to rape her.The woman approached the Patamata police station in Vijayawada and alleged that the director and actor, on the pretext of going for a film shoot at Bheemavaram, had attempted to rape her in a car.
“We were supposed to reach Bheemavaram from Hyderabad on August 13, and I was planning to catch a train. However, the director and the hero insisted that we travel in my car. As we approached Vijayawada, they tried to misbehave with me. When I protested, they assaulted me,” she told media.
“They threw me in the backseat. To ensure that I don’t jump out of the car, they drove fast but ended up smashing my vehicle against a lorry. That same night, I shared my location with some friends, who rushed here immediately. Following that, I have come to the police station to file the complaint,” she added.
The actor also alleged that the duo advised her not to report the case to the police.”They said what they did was wrong, and apologized. Then, they said that if I talk about this, it is my career that will be spoiled. They blackmailed me, and said that if I go to the police station and the media, I will not get another film in my career,” she said.
“I want justice and hope that such people are punished by the law,” she added.
Following this, the police took the director into custody.The police said that they had registered a case and also charged the accused with Section 279 of the IPC, which deals with rash driving, for damaging the woman’s vehicle.
To Know More https://www.youtube.com/watch?v=xyOuZzzcyL4
Facebook
Twitter
Pinterest
WhatsApp
Telegram
VK