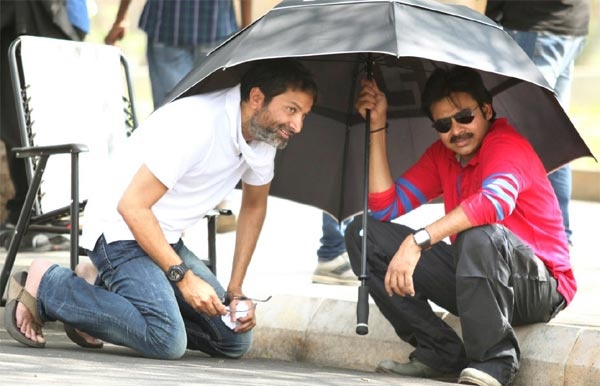 After two blockbusters hit films Jalsa and Attarintiki Daredi, this crazy combination reunited for the third time. As per reports, there was news rounding to the makers of Power star Pawan Kalyan’s 25th film #PSPK25 has revealed that Trivikram Srinivas has finalized the title ‘Raju Ochinadu’.So expectations are high! The official confirmation is awaited regarding its title.
It may be noted that there is a song starting with ‘Raju Vachinadu’ lyrics in NTR’s ‘Dammu’, which comes when people of a village celebrate the arrival of NTR.
Earlier several titles like Engineer Babu, Gokula Krishnudu, Devudu Digivachina Vela were rumored in the media circles. However, the suspense will end on 2nd September when the first look poster will be unveiled on the occasion of Pawan’s birthday.
Pawan Kalyan is playing software engineer and the two actresses Keerthy Suresh and Anu Emanuel are playing the female lead in the film which is being bankrolled by S Radhakrishna. Anirudh Ravichander is scoring the music.The movie that is all set to hit the screens on Sankaranti 2018
Facebook
Twitter
Pinterest
WhatsApp
Telegram
VK