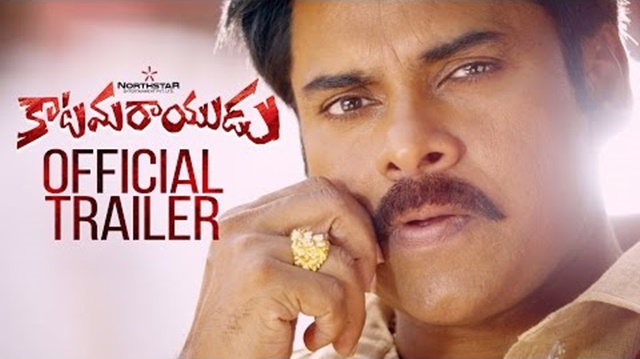 The 1 minute 50 seconds of Katamarayudu trailer showcases Pawan Kalyan as a faction leader. Right from costumes to his mannerisms to his attitude and in dances, dialogues, Pawan attempts something new that he hadn’t done it earlier.This trailer will give the glimpse of Pawan Kalyan character and story which runs on the backdrop of the village.
Advertisement
Pawan Kalyan has been projected in a power-packed role and his characterization is the major highlight of Katamrayudu.The trailer promises some decent emotional content along with a cute love story.Katamrayudu is all set Release on March 24th. Book Katamarayudu Movie Tickets Online.