Just a while ago, Parineeti Chopra took to her social media handles to share a new picture of her prepping up for the film. The actress is seen breaking the sweat on the badminton court as she gets under the skin of the ace shuttler. With the post, Pari also announced that the shooting of the film will commence soon.(Nushrat Bharucha Bikini) The film will soon go on floors and Parineeti Chopra has been religiously learning the game, according to the Press Trust of India. The biopic, titled Saina, will be directed by Amole Gupte, who has helmed movies such as Stanley Ka Dabba and Hawa Hawaai.

“The shooting will start soon. I am currently training for it very hard. I am playing badminton for two hours and getting trained and doing prep work for an hour. I recently wrapped up The Girl on The Train. These two films are very interesting films of my career and it is something I have not done before and I hope people like it,” Parineeti told reporters at an event in Mumbai on 4 October (Friday). 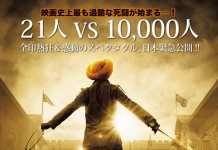