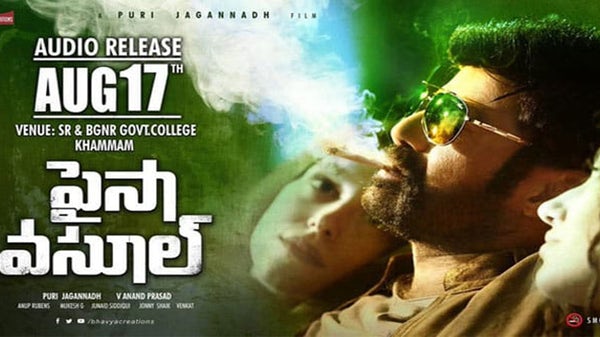 Watch Paisa Vasool Movie Audio Launch Live: Nandamuri Balakrishna, who is gearing up for the release of his Paisal Vasool movie has scheduled it’s audio launch on August 17.The event will be held at SR and BGNR Govt College (Sri Rama and Bhakta Gentela Narayana Rao Government Degree College) in Khammam.
The film director Puri Jagannadh and producer V. Anand Prasad along with Balakrishna will attend the audio function in a helicopter.Announcing the audio launch date at a meeting, producer Anand said, “The teaser which has released a few days ago received the massive response from the audience. It has garnered over 70 lakh views on its first day of release.

This raised our expectation on the film and I hope the audience will also receive the movie well.”Bankrolled by Bhavya Creations, the Paisa Vasool Movie also stars Shriya Saran and Muskaan Sethi in lead roles. The film will hit the screens on September 1.
Advertisement