Oscar 2020 Nominations List: The Oscar nominations 2020 are in as John Cho and Issa Rae announced the nominations for the 92nd Academy Awards this morning. Among the Oscar nominees 2020, JOKER received the most nominations with 11, including nominations in the categories. “Ford v Ferrari,” “The Irishman,” “Jojo Rabbit,” “Joker,” “Little Women,” “Once Upon a Time… in Hollywood,” “Marriage Story,” “Parasite” and “1917” are vying for best picture this year. Despite efforts in recent years to diversify the Academy’s membership, women were shut out of the best director category.

The directing category snub of women-led actress Issa Rae, who announced the categories with actor John Cho, to quip “Congratulations to those men.” Scarlett Johansson scored a rare double-acting nomination for best actress and best supporting actress for her work in “Marriage Story” and “Jojo Rabbit” respectively. Cynthia Erivo was also nominated for two awards: best actress and original song for “Stand Up” both for the film “Harriet.”

Tom Hanks, “A Beautiful Day in the Neighborhood”
Anthony Hopkins, “The Two Popes”
Al Pacino, “The Irishman”
Joe Pesci, “The Irishman”
Brad Pitt, “Once Upon a Time in Hollywood” 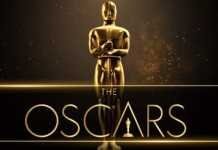 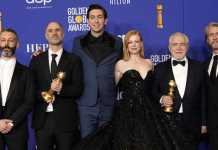 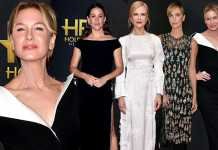 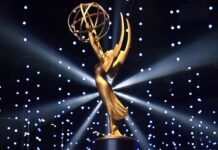