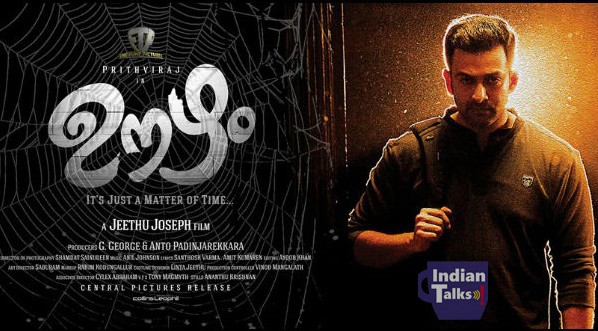 According to the latest reports, the first look poster the title appears within a cobweb and there is a caption as ‘Its just a matter of time’ means the story is dependent on the importance of time in daily life. This subtitle will be the main part in this ‘Oozham’ movie.The Oozham Movie teaser will release on the 7th of July and the expectation level is going high.
The Oozham story is written and directed by Jeethu Joseph and the main roles in the movie were Prithviraj Sukumaran, Vijayaraghavan, Suresh Krishna, S. P. Sreekumar, Mia George and Meghana Raj. Anil Johnson composes the music. Shamdat Sainudeen is the director of photography. Ayoob Khand handles the editing. Oozham movie is produced by C George and Anto Padinjarekkara under the banner Fine Tune Pictures.Prithviraj’s previous association with Jeethu was for ‘Memories’ a unique crime thriller film.