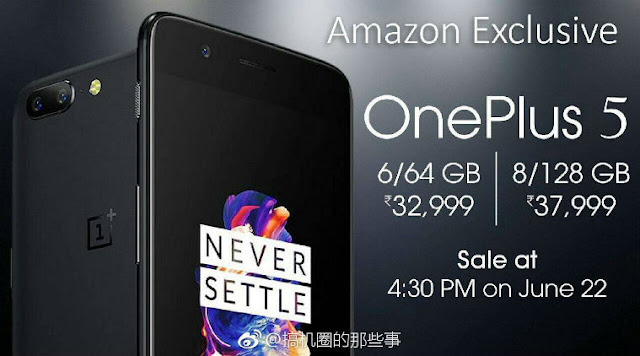 OnePlus 5 Launch Event Live: The OnePlus 5, is the most anticipated smartphone of the year, is gearing for global launch event today at an event in New York at 12 PM EDT. With the global launch scheduled for today, the Indian launch of the phone is scheduled on June 22nd. Oneplus has a big market share in the country and the launch of this year’s flagship will help the company to establish its brand amongst people.The smartphone will be launched on June 22nd at 9 AM at an event in Mumbai.
The People, who have been eagerly waiting for the launch of the OnePlus 5 Smartphone, can watch the live streaming of the launch event on YouTube. OnePlus has set up an official YouTube channel and the live streaming event link is put up live. Users can watch the event live here:
As expected, OnePlus 5 is Amazon India exclusive and will go sale the same day at 4:30 pm following the launch. The phone will also be made available for purchase at the company’s official website and its newly launched OnePlus India Store in Bengaluru.
It also mentions that the 64GB variant with 6GB RAM will cost Rs 32,999, while the 128GB model with 8GB RAM will be priced at Rs 37,999. The leaked poster also confirms that the upcoming smartphone will be made available on Amazon India at 4:30 pm (IST) on June 22. This is certainly a possibility given that the phone will be launched in India on June 22 at 2 pm (IST).